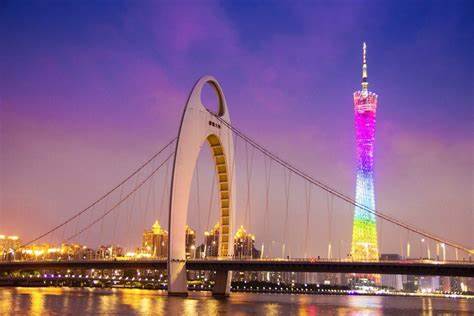 Located on the Pearl River, Guangzhou is a sprawling city northwest of Hong Kong. Guangzhou attractions include avant-garde architecture and a variety of museums and parks. Some of the most notable include the Canton TV Tower and the Guangzhou Museum. Just take one of the numerous Cathay Pacific flights to Guangzhou and visit as many as possible.

By the 1920s, Cantonese opera was the most popular form of entertainment. The art form became a commercial success and star actors began appearing on stage. As a result of commercialization, major playhouses were built. The art form was also impacted by the Chinese government’s state-initiated reforms. This led to a homogenization of the local performing arts.

The art form was primarily performed in southern China. The earliest forms of Cantonese opera developed during the Song dynasty. Artists from the Song people brought this style to Guangdong.

Cantonese opera has evolved dramatically in recent years. Many elements have been added to the art form, including Western instruments. These new technologies were used to dazzle audiences. The art form has also been affected by the Cultural Revolution. However, the themes of Cantonese opera remain relevant today.

The art form is also popular in Singapore and Hong Kong. A Cantonese opera is a combination of singing, martial arts, and acrobatics. The lyrics are usually written in classical Chinese language. The songs are often about virtues or virtuous behavior.

The Cantonese Opera Art Museum is located in Guangzhou. The museum was established to promote and protect Cantonese culture. The museum houses a theater and exhibition halls. Visitors can also watch craftspeople fashion zithers and porcelain. The museum also regularly stages free shows.

The museum is located in the core historic urban area of Guangzhou. Thousands of items are on display. The museum features the history and development of Cantonese opera culture in Guangdong.

Located in the heart of downtown Guangzhou, Yuexiu Park is a large-scale, comprehensive culture park. The park is renowned for its scenic lakes and natural relics. It is one of the top 100 renowned gardens in China.

Yuexiu Park is home to several historical sites. It is also home to three man-made lakes. It is an ideal place for people to take a walk or have a picnic.

The Park is also home to the Guangzhou Museum. This museum exhibits Guangzhou’s cultural relics and changes in the city’s development. The Museum is also home to the Zhenhai Tower, which is the first tower built in Lingnan. This five-story tower was built by the Yongjia Marquis of the Ming Dynasty (1368-1644).

The ancient city wall is a prominent feature of the park. The wall was built during the Ming Dynasty. The walls are also home to ghosts of 19th-century Chinese soldiers.

The Five-Ram Sculpture is another famous tourist attraction in the park. It is an ancient symbol of Guangzhou. It was inspired by Chinese legend. The statue is 11 meters high and has a bag of rice in its mouth.

The Guang Fu Pavilion was built to honor the Guangzhou people’s victory in the Anti-Japaneses War. This is one of the oldest tourist attractions in the Park.

The temples of the five rams are also found in the Park. This is also a popular spot for photography. Another popular spot is the temple of the six banyan trees.

Yuexiu Park is one of the eight main tourist attractions in Guangzhou. It is also classified as an AAAA tourist scenic spot.

Yuexiu Park is a large, sweeping park with scenic lakes and lush vegetation. It is a popular place for people to walk and play Tai Chi.

Located in the Zhujiang New Town of Guangzhou, Flower City Square is an important tourist attraction. It covers an area of 560,000 square meters and features 39 buildings. It is the largest square in Guangzhou. Its surroundings are covered with 600 trees and flowers installations.

It is also a major commercial and cultural center. Its surrounding areas include the Guangdong Museum and the Guangzhou Opera House. The second to sixth stories are educational classrooms. It also has an international communication hall and a computer room. The first story is the entrance hall.

It has more than 600 large trees. There are various cultural activities that take place in the area, such as the Guangzhou International Light Festival in November and the Spring Festival Lighting Concert in December. It is also the largest park in downtown Guangzhou, covering 212.5 acres.

The square has a wide variety of cultural attractions, including the Guangzhou Library and the Second Children’s Palace of Guangzhou. The Library building was designed by an international team from Japan and China. The design is based on the Chinese character “Zhi”.

In the past, Yongqing Fang was the main hub of commerce in Guangzhou. But when it fell into disrepair, the area became a center of entertainment. It is now a hotspot for young creatives. It is also home to galleries and cafes. It has a number of winding alleyways.

Sacred Heart Cathedral, or also known as the Stone House, is a Gothic Revival Roman Catholic cathedral in Guangzhou, China. It is the largest Roman Catholic church in Southeast Asia. The cathedral was built after the Second Opium War. It holds regular masses in Mandarin and Cantonese.

Sacred Heart Cathedral was built in the late 19th century. It is considered to be the oldest cathedral in the region. The building has a high stone spire with twin towers. It is located in downtown Guangzhou, on the north bank of the Pearl River.

The cathedral is made entirely of granite stone. It features a huge inner sanctuary and high arches. It is 2754 square meters in size. The building was designed by French architects. The Cathedral is listed as a national key cultural relics protection unit.

Construction of the cathedral was difficult. Many church properties were confiscated by the Qing government. Many Catholics in the area donated Y=2 million for the project. The building was also built using big granite blocks that were shipped in from Hong Kong.

Construction of the cathedral required the relocation of local residents. The project exacerbated xenophobic feelings amongst locals. It also reinforced the feudal character of Catholic missions in China.

The cathedral was completed in 1888. Since then, it has been repaired several times. The largest repair work took place in 2004 and 2006.

The cathedral’s rose windows are decorated with mosaic patterns and yellow glass. The windows display images of over 60 Bible stories.

In addition to the cathedral’s colorful windows, it also has four big bronze bells from France. The spires have been remodeled several times, and the cathedral was renovated in 2007. A timber roof was replaced by Bishop Fourquet in 1925.